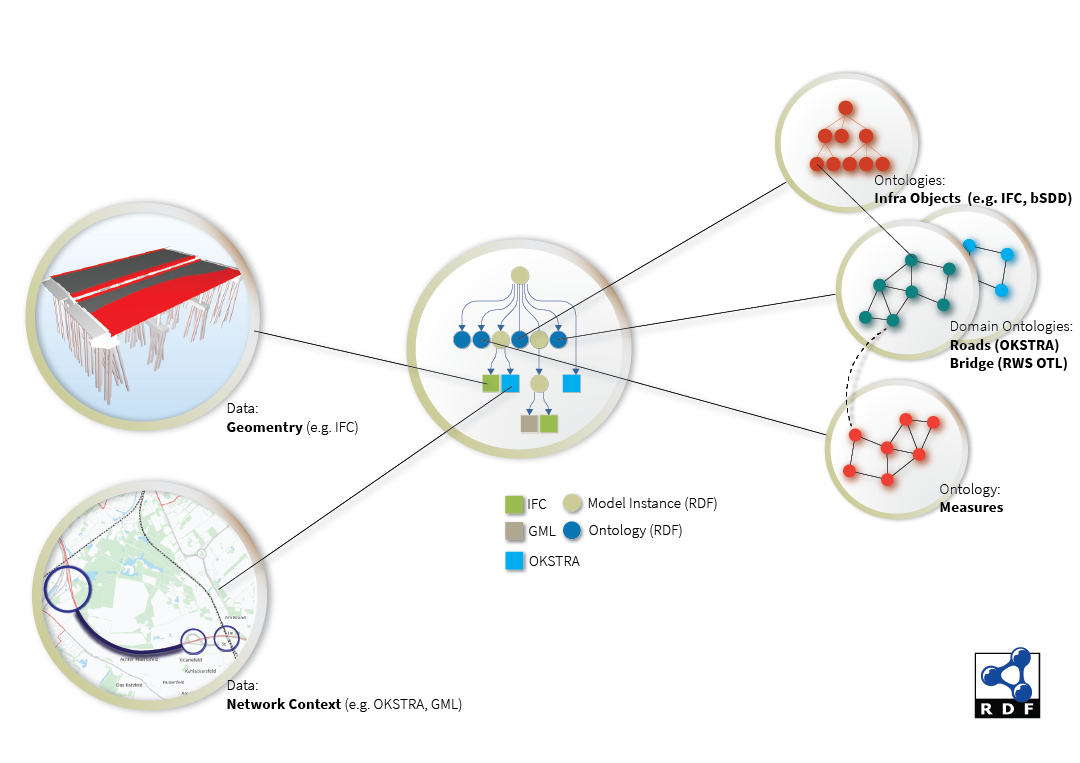 In this project, methodological approaches and prototypes for linking the “Objektkatalog für das Straßen- und Verkehrswesen” (OKSTRA ) with other information models based on “Linked Data” and “Semantic Web” technologies were developed and tested for their applicability and practicability using exemplary data sets.

In this context, the integration and contextualisation of similar and complementary international and European information models as well as the critical exploration of the development potential of mutual connections in various applications were investigated. Over the course of the project, it was examined to what extent OKSTRA could play a possible role as a future basic model for a pan-European model. Initially limited to bi-national (DE/NL) examples, a study of the technical feasibility of cross-border road and path planning was carried out as part of the project that demonstrates the possibilities and limitations of the use of Linked Data technologies.

In addition, findings and results were examined with regard to their possible significance for federal and transnational deployment, which allows the various national systems to be connected

The central focus of the research approach was the transformation of the OKSTRA data model, previ-ously defined in UML into the Web Ontology Language (OWL). A number of different approaches to this transformation were available, and their respective advantages and disadvantages were docu-mented in order to assist in determining which mapping to employ. Based on okstraOWL, Linked Data methods were used to connect the Dutch object library CB-NL or the Object Type Library of the Dutch Ministry of Infrastructure (RWS-OTL) to the OKSTRA catalogue. This mapping was tested on an in-stance level using real data sets and the overall approach was evaluated in terms of the ability to for-mulate and process cross-model queries.